ELECTRIC VEHICLES AND CHARGING: FUTURE SCENARIOS IN ITALY AND AROUND THE WORLD

What are the future scenarios for electric mobility in Italy, Europe and the world? For those who already have an electric vehicle, where would they like to see more charging stations? And what is the average Italian motorist worried about in terms of zero-emission vehicles?

We will discuss all of this with Simone Franzò, Assistant Professor and Director of the Smart Mobility Observatory - Energy & Strategy of the Politecnico di Milano, which will help us understand the state of the art and future scenarios for emobility.

More and more people are starting to talk about electric mobility in Italy, but it is still struggling to take off. Why?

There are several reasons why Italian motorists are reluctant to purchase an electric vehicle.  The first is undoubtedly linked to the initial cost of an electric vehicle compared to endothermic engine models. There are many factors working in favour of reducing the price of EVs in the not too distant future, as well as working towards technological developments in electric vehicles themselves (starting with batteries). Then there are the problems, whether real or perceived, that come with a charging infrastructure that is not yet up to standard. In fact, even in Italy in the last couple of years we have witnessed a significant increase in the availability of charging points for electric vehicles, so it is probably more of a psychological barrier than anything else. The same goes for the other great hang-up for those who fear electric vehicles: range anxiety. Understandably, during the first miles of driving an electric car, this anxiety disappears as you become familiar with the vehicle, also as you find a new way of planning your trips, taking into account the location of charging infrastructure.

But are there really so few charging stations?

What about individual European countries?

Across Europe, the uptake of charging points is extremely irregular, both in absolute and per capita terms. As you can imagine, there is a significant prevalence in Northern European countries. Norway comes in first place, with more than 72,000 vehicles registered in 2018, confirming itself as the number three country worldwide in terms of registrations, after China and the United States (although the first data available for 2019 shows Germany overtaking this). Obviously, in a country where an impressive 49% of all vehicle registrations were electric in 2018 (10% more than in 2017), the supply of charging infrastructure is more advanced, as necessary.

Electric vehicles: how widespread are they across the world?

Nearly 2.1 million electric vehicles (both BEV and PHEV) were sold in 2018. The growth trend is constant and this positive trend is expected to be confirmed for 2019, at the end of which almost 3 million new electric vehicles can be expected on the market. China is the largest market in the world, with about 1.2 million vehicles sold in 2018, an increase of 78% compared to the previous year, now almost tripling Europe, which is the second market, with more than 400,000 units sold (+34%). Then United States follows with more than 350,000 (+79%).

Let's get back to charging solutions: from your analysis did you find out where it would be most useful to install them?

Yes, the sample was asked where they would like to find electric charging stations most frequently. It has become clear that the owners of an electric vehicle see charging infrastructure on extra-urban roads as the main requirement. Public parking and POI (Point of Interest, shopping centres, cinemas, etc.) follow. Conversely, transport interchange locations are considered less attractive. This is a sign of an attitude to public charging that remains “necessary” (and therefore designed for a relatively short break), leaving the domestic role as the prevailing one.

At present, how many electric vehicles will we see in Italy in the coming years?

The scenarios for the diffusion of electric vehicles that we have developed are very interesting. For example, it is expected that the fleet of electric vehicles in circulation by 2030 (both “pure” and “plug-in hybrids”) will amount to more than 2.5 million, in the most conservative scenario, up to almost 7 million in the “accelerated” development scenario. Regarding the forecasts relating to charging infrastructure, on the other hand, considering public or private charging points for public use in the three different development scenarios, a number of charging points has been calculated, ranging from almost 35 thousand in the base scenario, to about 60 thousand in the intermediate scenario, up to over 70 thousand in the accelerated one. 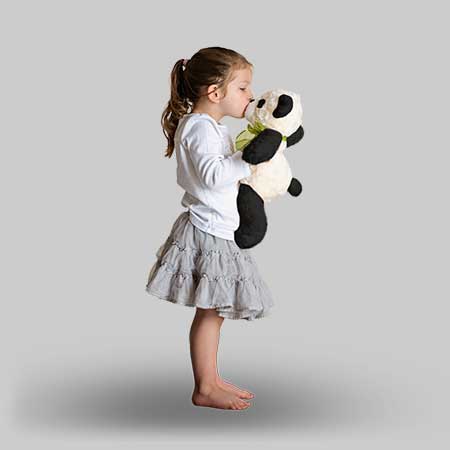 Gewiss uses its own technical cookies and those of third parties to ensure the proper functioning of the site and for statistical purposes and, subject to your consent, also profiling cookies to offer you a personalized experience and targeted advertising based on the analysis of your navigation. By clicking on "Accept all" you will give your consent to all profiling cookies. If you close this banner by clicking on the "X", you can continue browsing without profiling cookies being installed. You can always change your preferences, through the functions offered by Gewiss, navigating the "Cookie Policy" page from the link in the footer on every page of the Site. For further information please visit our Privacy Policy and Cookie Policy.

Gewiss and some third parties make use of the cookies present on "joinon.com".

Gewiss uses its own technical cookies and those of third parties to ensure the proper functioning of the site and for statistical purposes and, subject to your consent, also profiling cookies to offer you a personalized experience and targeted advertising based on the analysis of your navigation. By clicking on "Allow all" you give your consent to all profiling cookies.

These cookies are essential to enable you to move around the website and use its features: setting privacy preferences, signing in or filling in forms. Without these cookies, the services you request through the use of our website cannot be delivered correctly. Strictly necessary cookies do not require your consent, in accordance with applicable law. You can configure your browser to block Strictly necessary cookies, but you may not be able to fully utilize all features of the website. Analytics cookies get leveraged as well and they are considered as technical ones: these cookies allow you to understand how the Site is used. They do not collect information about your identity or any Personal Data. The information is processed aggregately and on anonymous base.

These cookies are installed after your consent, which you can give by using the features offered by our cookie banner, they are used to track your browsing (including off the Site) and understand your likes and dislikes, in order to be able to show you personalized advertising banners that are relevant to you while you are browsing.